One method for quickly adding heat and moisture to small pieces of wood is to use a microwave oven. As long as the wood and a means of keeping the wood moist can fit into the oven, this is an extremely efficient method for softening wood. Through experimentation, I have found there are several things to take into consideration when steaming wood in a microwave oven.

A microwave oven works by focusing tightly shaped radio waves on the water molecules within whatever is placed inside the oven. The molecules become slightly agitated and as a result, they give off heat. A dried piece of wood will heat up quickly when placed into the oven because it still contains enough water molecules to create heat. When the wood is removed, it is very hot, but it dries out very quickly because the water molecules have broken down and so they easily evaporate. This process actually makes a microwave oven a good tool for drying small pieces of wood for turning and other small projects – but only if the moisture content is lowered slowly enough to prevent cracking.

To make the microwave useful for bending, you need to add some moisture to the equation, just as you do when steaming wood. There only needs to be enough water present to surround the wood. Any extra water will just slow down the process. Wood can be wrapped in a soaking wet rag or placed in a shallow microwave-safe bowl with just enough water to cover the wood. There is no set time for heating wood in a microwave, so a little trial and error will be needed. Usually 5 to 10 minutes will do the trick. Keep a close eye on the progress, because if all of the water evaporates … 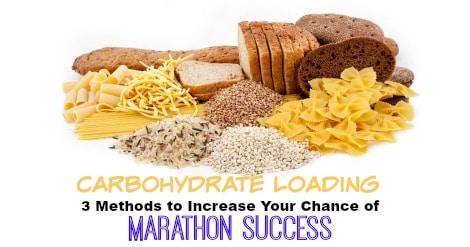 It’s once again taper week!  Today I shake off my holiday weekend vices (aka big gulps and fro-yo).  I’m trying to keep my Nalgene filled with water and glued to my hand to stay hydrated (and avoid any Diet Dr. Pepper cravings).  My schedule for this week is/has been:

2-3 days prior (so Thursday and Friday for me) you should up your carbohydrate intake to increase your storage of glycogen (glycogen is your body’s most easily accessible form of energy).   I never go all out carbo-loading with pasta dinners or bagel breakfasts, but I do enjoy eating more sweet potatoes and Japanese yams guilt-free.  Plantain chips are not recommended for a low-carb diet, however, these are perfect for pre-race “carbo-loading.”  I’ve got these prepped and ready to be my go-to snacks for the end of this week.  If you’re just looking for something to dip and scoop, these baked plantain chips (not fried) provide a healthy alternative to regular potato chips. 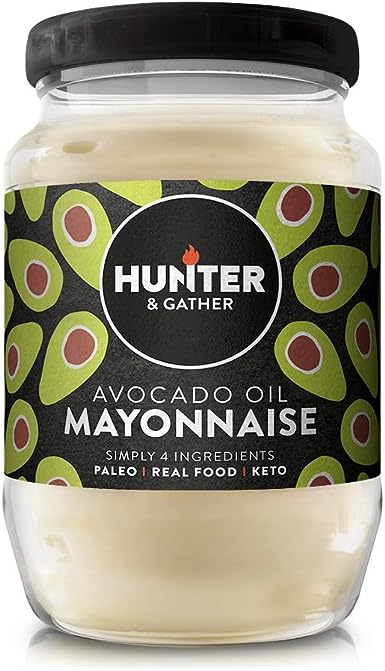 Growing up we were always a “Miracle Whip” family.  To be honest, I don’t even really know what Miracle Whip is.  All I know is that it was sweeter than real mayonnaise, and supposedly “better for you.”

Anyways, both Miracle Whip and mayonnaise contain the same basic ingredients of eggs, soybean oil, vinegar and water.  I am/was/still anti-all mayo-types, but I think Paleo mayonnaise might change my mind.

How do you make mayo paleo?  Remove the soybean oil and substitute it with some real fat.  Bacon fat.  In this case, bacon does make everything better!

I plan to use this mayo in an upcoming paleo-rendition of a broccoli crunch salad.  Stay tuned!… 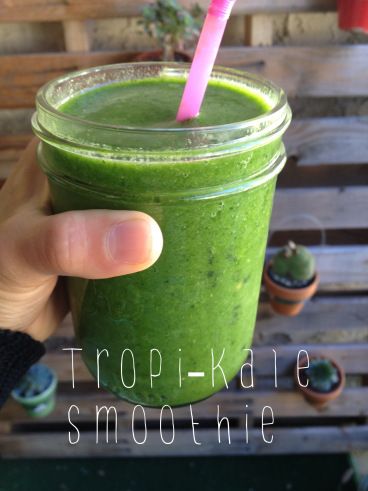 It’s time to get back on track and eating right.  Yesterday I went for a run after traveling 6+ hours.  I was worried I was going to be sluggish and that my running was going to be affected by my change of (poor) eating habits for the past few days.  However, I felt really good, and my legs just wanted to keep moving.  It was so refreshing to be back by the big blue ocean.  I did a 4 mile run, that included my first sub-7 minute mile at 6:44!

Ok, so now back to this week’s edition of eating for the season: another kale recipe.  This is the perfect drink to help detox your system and make you start feeling right again. I’ve gone through phases of making and liking green smoothies, and then not.  They usually start out nice and mild, but then I become a mad scientist in the kitchen.  They become increasingly more brown than green, and the flavor becomes less than appealing.  However, the other day I got a great green smoothie from the Whole Foods juice bar which jotted my memory.  “Hey, I can do this!” Happy Friday!  What says Fall more than pumpkin and squash? NOTHING.  Maybe vibrant, colorful leaves, but you’re not going to eat those unless you’re Piper…are you?

Here are a couple of recipes I would love to make.  And probably will make in the near future.  But as of now I’m in the same position as you, cleaning up some keyboard drool. 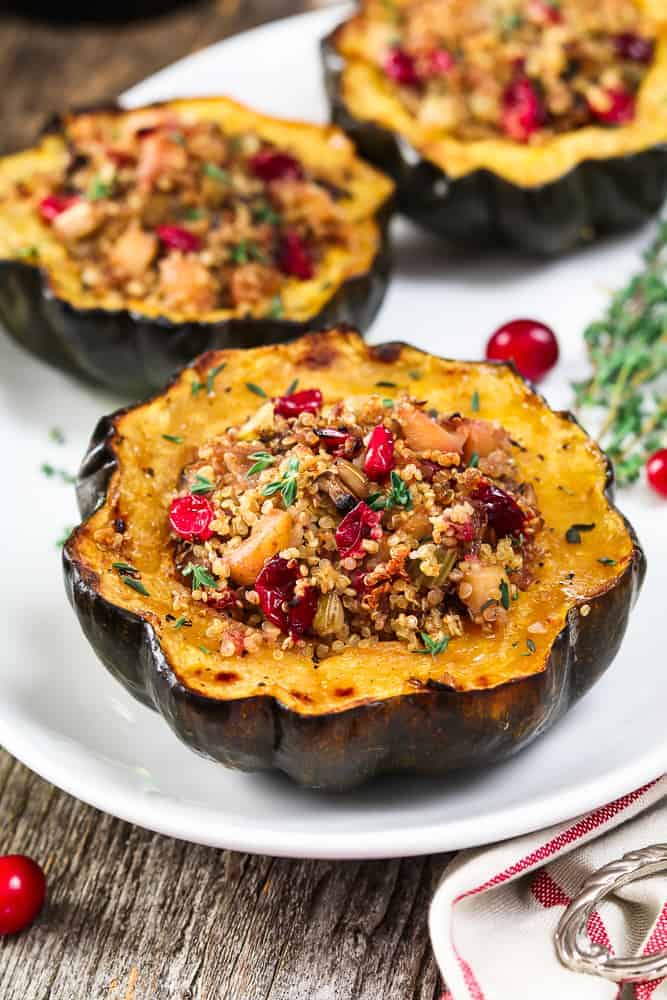 Hooray!  So I finally made something seasonal (aside from kabocha squash on the reg.) and something other than tacos.  My goal is to try and cook every Sunday, since I’ve been taking that as my rest day, and I pretty much don’t do anything else…we’ll see how that plays out.  For now, enjoy these fall flavors!

In honor of #OptOutside, Kate, Andy and I hit the trails running a little northeast from us in Escondido. Originally we were looking to go to Julian/Cuyamaca, but the low temps (30 vs. 55) and the potential for rain convinced us otherwise. Instead, we ended up doing a trail run I’ve completed a couple times with my running group. In fact, the last time I visited was last January, before I realized I was incredibly sick with food poisoning.

Anyways, Raptor Ridge is part of the larger Coast to Crest Trail in the San Dieguito River Park, and pretty straightforward. It’s a well designated, wide path that is easily accessible right off the freeway.

Around mile 4 the trail changes to a single track (this is considered the “Raptor Ridge” trail) and starts the ascent to the top. And while it was tricky (requiring a few walking breaks in which Andy turned around and said “you guys coming?!”) the view from the top was worth it!

And the best part about going up is that you get to go down! We ended up negative splitting this trail. By the time we hit mile 9 we were ready to be back to the car and turned the pace into a tempo run, dropping down into the 7’s.

My favorite thing about trail running, especially in the middle of San Diego, is how it makes you feel so displaced. Like you’re hundreds of miles away in a completely different area. We all agreed and loved how it felt like such a quintessential fall afternoon, from the color of the … 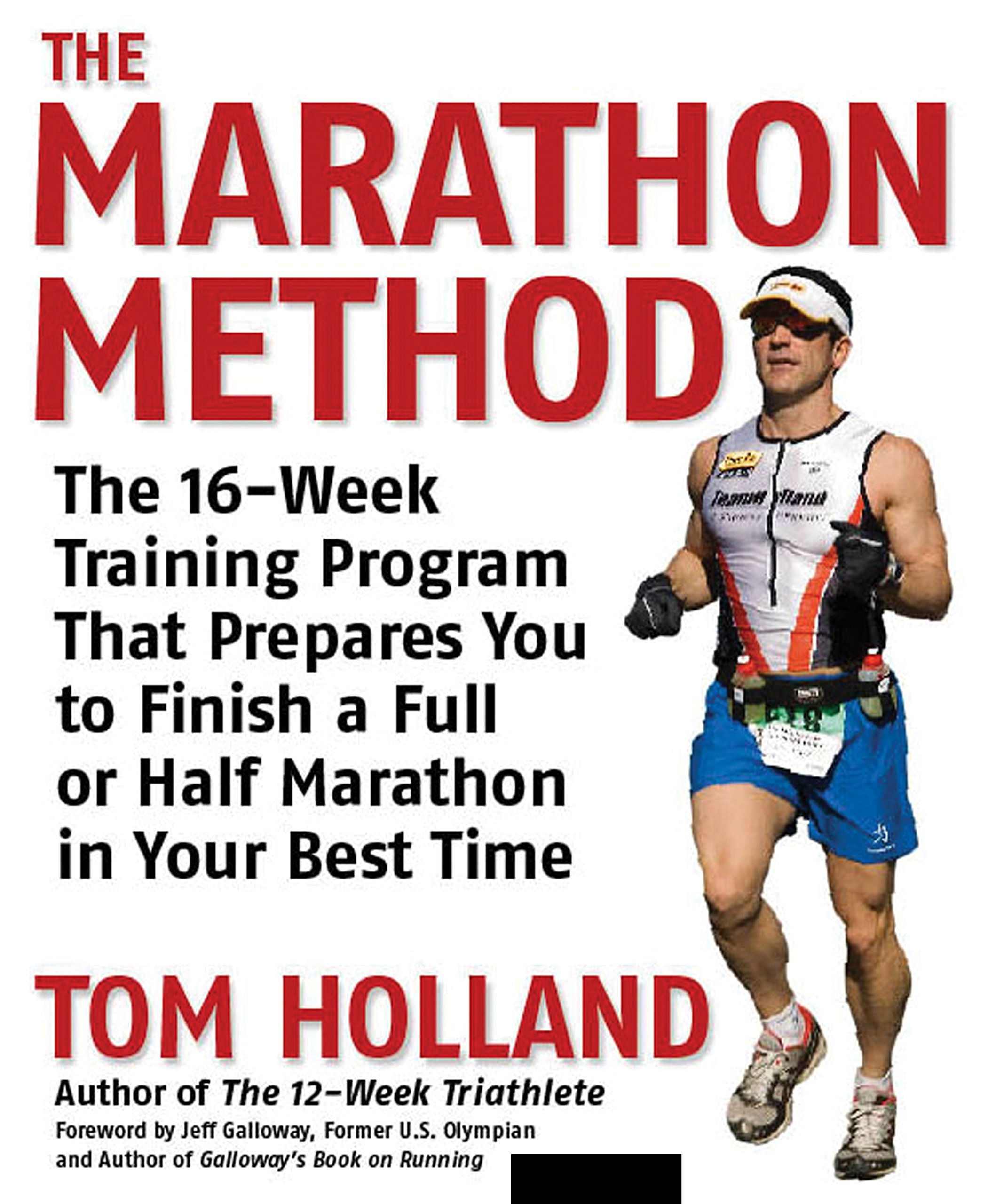 Happy St. Patty’s Day!  What better way to celebrate than run 10 miles?!  However, I’ve been having some trouble with my runs lately, and I hope it can be attributed to my body still adjusting to the Whole30.  I’m on day 16, or day 7 if I re-start from my cheat day.  I’m hanging in there, hoping I reach the day where my body starts using my fat reserves as fuel.  Our 10 mile run took nearly as long as a half-marathon.  I just feel bad for my running partner because I feel like I can’t move my body any faster than a 9-10 min pace.   And even at that, my heart rate is still elevated to 160bpm+.  When I try an exerted effort to hit 8-8:30 pace, it increases to 174, but I’m not able to sustain this for a while.  It’s almost unenjoyable and discouraging to run.  I checked on the Whole30 forum and it seems like this is a common side-effect for endurance athletes:

Tonight we made another Martha Stewart inspired recipe adapted to be Whole30-compliant. While this cooked, my bf/sous-chef Fritz made a very gourmet crab and shrimp salad with cucumbers, tomatoes, avocado and arugula dressed with lime and olive oil with beautiful knife cuts and plate presentation. Doesn’t look like he will be competing with Carla anytime soon on Food Network’s Worst Cooks in America ??

Tumalo Mountain (not to be confused with Tumalo Falls or the town of Tumalo), is located almost directly across from Mt. Bachelor. It’s around a 4 mile up-and-down hike with a good amount of elevation gain (1,312 ft).

For some reason, Tumalo Mountain is one of my least favorite summer hikes. It seems like a lot of vertical climbing, for not much of a reward. The first time we hiked Tumalo, it was late-August –the day before the solar eclipse. I remember because we looked from the top over to Prineville and could see a line of cars and lights. The wildfires and amount of smoke had been fluctuating, so there was a weird haze to the air and the sun.

The second time we hiked Tumalo was mid-September, right after the first snow. Since the snow wasn’t too deep, we were able to hike in hiking boots. I found the snow to make the hike much more enjoyable because it didn’t seem as steep. Plus it made the usually dry mountain feel like a winter wonderland snow globe. 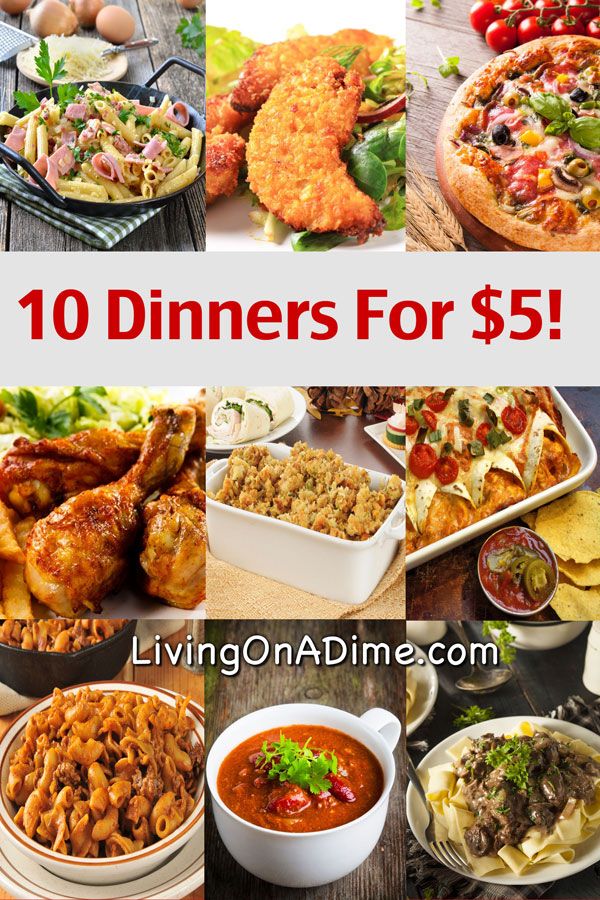 As often as we have Rollswisserie Wednesday’s (which coincidentally is tonight!), we have Taco Sunday’s.  With a trip to our favorite mexican market, Northgate Market, it’s a cheap and easy meal (we’re talking mad buck$$$ below Whole Foods).  Add some fresh veggies and nopales tortillas (25 calories per tortilla), it’s light too!  I love roasting peppers because it elevates the taco (yes, taco elevation is happening) and makes it seem more gourmet.

We always use flap meat, which comes in thin slices and cooks quick.  Seasoned with a little bit of cayenne and chili powder, it’s perfectly “mexicano.”  At first I was afraid to know what “flap meat” was…like, I didn’t want to know where this flap was coming from.  I felt like it might have something to do with the reproductive organs of a cow (kind of like how I thought “lung” was the name for male genitalia when I was younger).  Thankfully, it is just the bottom sirloin butt cut of beef!